We, the Divine Word Missionaries of India Mumbai Province, commit ourselves to witness to the Reign of God by building communities of love, peace, justice and reconciliation through fourfold prophetic dialogue with the poor, people of other religions and cultures, and faith seekers in all our ministries - spiritual and mission animation; biblical apostolate; formation; education; communication and research; and promotion of justice, peace and integrity of creation.

SVD Mission at a glance

Divine Word Missionaries are men who have given their lives in order to be the Divine Word in Action. Arnold Janssen was born on November 5, 1837 in the town of Goch, Germany, a town near the Dutch border. From his childhood, he was influenced by the Prologue of St. John and developed a special love for the Word. He was ordained a diocesan priest in 1861, and began his ministry as a teacher. He began a magazine for mission awareness, The Little Messenger of the Sacred Heart. In the Messenger, he began to promote the idea of beginning a seminary to train diocesan priests for the missions. Because political conditions in Germany were unfavourable to Catholics, Fr. Janssen purchased land in nearby Holland to begin his seminary. On September 8, 1875 St. Michael the Archangel Mission House in Steyl, Holland was dedicated. The Society of the Divine Word was born.

Within a few years of its founding, scores of seminarians, priests and brothers were preparing for missionary service at Steyl and the first two missionaries were sent to China. One, Fr. Joseph Freinademetz, was an outstanding missionary who was beatified, along with St. Arnold Janssen, in 1975. In the late part of the 1800’s the Society of the Divine Word experienced tremendous growth and expansion. Mission Houses were opened in Austria and Germany, more mission areas were accepted by the Society.

Fr. Janssen founded two congregations of Sisters. December 8, 1889 marked the founding of the Holy Spirit Sisters, also known as “Blue Sisters”, due to the colour of their dress. The Sisters, carrying the charism of the Founder, began work in many of the areas where Divine Word Fathers and Brothers served, often building and operating schools and hospitals.

In 1896 Fr. Janssen also founded the Holy Spirit Adoration Sisters, also known as the “Pink Sisters”, a name taken from their pink habit. They spread all over the world, performing their ministry of prayer through perpetual adoration of the Eucharist. Guiseppe (Joseph) Freinademetz was born on the 15th of April 1852 in Oies, a small hamlet of five houses situated in the Dolomite Alps of northern Italy. The region, known as “South Tyrol,” was then part of the Austro-Hungarian empire. He was baptised on the day he was born and inherited from his family a very simple but tenacious faith and a great capacity for work.

While Joseph was studying theology in the diocesan seminary of Bressanone (Brixen), he began to think seriously of the “foreign missions” as a way of life. He was ordained a priest on the 25th of July 1875, and assigned to the

community of Saint Martin (Martino di Badia) very near his own home, where he soon won the hearts of his countrymen. However, the call to missionary service did not leave. Only two years after ordination, he came into contact with Fr. Arnold Janssen, founder of a Mission House, which was soon to become known as the “Society of the Divine Word.”

With his Bishop’s permission, Joseph left for the Mission House in Steyl, Netherlands in August 1878. On the 2nd of March 1879, he received his mission cross and departed for China with Fr. John Baptist Anzer, another Divine Word Missionary priest. Five weeks later they arrived in Hong Kong, where they remained for two years, preparing themselves for the next step. In 1881 they travelled to their new mission in South Shantung, a province with 12 million inhabitants and only 158 Christians.

At different times he served as Administrator for the Mission, Rector of the seminary, Spiritual Director for the first group of Chinese priests, and as Provincial Superior. He always exercised his authority in a brotherly fashion, and the respect he received came more from his example and life witness than from the dignity of the office he held.

His life was marked by a desire to become more like a Chinese among the Chinese and in that vein he wrote a letter to his family saying: “I love China and the Chinese; I want to die among them and be laid to rest among them”.

In 1898, Freinademetz was sick with laryngitis and had the beginnings of tuberculosis as a result of his heavy workload and many other hardships. Joseph decided to stay at the mission station at Puoli, knowing well the risk that he was taking. At the end of 1907, while he was serving as Diocesan Administrator for the sixth time, there was a severe outbreak of typhus. Joseph, like a good shepherd offering untiring assistance, visited the many communities until he himself became infected. He went to Taikia, seat of the diocese, where he died on the 28th of January 1908. He was buried at the twelfth station on the Way of the Cross and his grave soon became a site of pilgrimage point for Christians.

Freinademetz learned how to discover the greatness and beauty of Chinese culture and to love deeply the people to whom he had been sent. He dedicated his life to proclaiming the Gospel message of God’s love for all peoples, and to embodying this love in the formation of Chinese Christian communities. He animated these communities to open themselves in solidarity with the surrounding inhabitants. And he encouraged many of the Chinese Christians to be missionaries to their own people as catechists, religious, nuns and priests. His life was an expression of his motto: “The language that all people understand is that of love”.

The Society of the Divine Word began its mission in India in 1932 at Indore in Madhya pradesh. There are four Provinces and one Region in India. The INM (India Mumbai Province) consists of Kerala, Karnataka, Goa and Maharashtra, and INH (India Hyderabad Province) consists of Tamil Nadu and Andhra Pradesh. The INC (India Central Province) consists of Madya Pradesh, Gujarat, Rajasthan and Delhi, and Orissa, Bihar and Chattisgargh constitutes INE (India Eastern Province). ING (India Guwahati Region consists of Arunachal Pradesh, Assam, Meghalaya and Tripura. There are more than 800 SVD missionaries who are serving the Word all over the world. About 400 of these missionaries are doing marvellous missionary work abroad in more than 35 countries. Besides the minor seminaries in different states, we have our formation houses in Indore, Bhopal, Mysore, Chennai, Pune etc. There are about 600 seminarians in different formation houses. 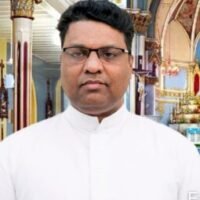 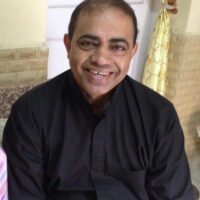